The Lowdown on Labradors 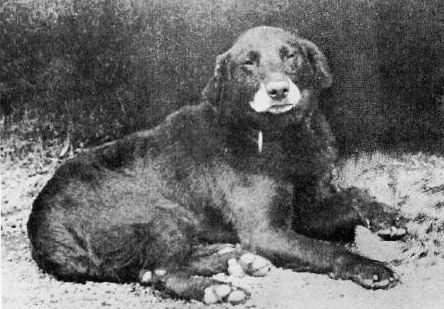 Labrador retrievers are consistently ranked as one of the most popular dogs in the world. The Labrador’s heritage can be traced back to the now extinct St John’s Water Dog, a breed that was regarded for its supreme retrieving abilities. Wealthy English aristocracy imported numerous St John’s Water Dogs to Britain to meet the need for sporting dogs. There the breed was refined into the modern Labrador we know today. Initially, Labradors were bred to be black coated, but yellow and chocolate varieties soon gain acceptance. The first Labrador Retriever was registered with the American Kennel Club in 1917.

Loved for their easy-going temperament and hard-working nature, Labs are often used as service dogs due to their high level of trainability. They excel in many roles including guide dogs, assistance dogs, search and rescue dogs, retrieving dogs and that of the family pet! Labradors have made their way into the hearts of many with their unwavering devotion and unconditional love for their human family. In fact, it’s not unusual to see stories showing the courage of the loveable Lab in the national news. One such Labrador that went above and beyond the call of duty was Jake. Jake was found abandoned with a broken leg and dislocated hip and went on to become a government certified search and rescue dog. He was renowned for his tireless efforts searching for survivors in the rubble of the Twin Towers and the aftermath of hurricane Katrina. With their big personalities and loving nature Labrador Retrievers are sure to keep their position as one of the world’s favorite dog breeds.

Labradors are a strong breed of dog, but like all purebred dogs, they have an increased risk of developing certain health issues. Being aware of these conditions can help current, and potential Lab owners keep their pet happy and healthy. We’ve compiled a list of the conditions that are most frequently seen in the Labrador breed: 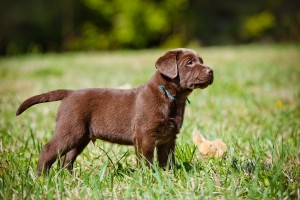 Hip Dysplasia – a genetic joint condition where the hip joint forms abnormally and causes movement problems for the dog. It can vary in severity and treatments range from therapy to surgical intervention.

Elbow Dysplasia – is where a number of abnormalities affect the elbow joint and lead to poor joint functionality. Treatment depends on the type of abnormality and can involve both medical and surgical options.

Arthritis – a degenerative joint disease that is commonly found in large breed older dogs. It causes both lameness and pain, and you may notice your dog finding it difficult to complete routine movements. Treatments are continuing to advance and options now include laser therapy, drugs, surgery and even alternative therapies such as acupuncture.

Obesity – Labradors are well known for their large appetite and obesity is a common issue that can lead to and exacerbate many other problems, including diabetes and arthritis.

Gastric Torsion – Also known as bloat, is a medical emergency where the stomach twists, it can be fatal if left untreated. Treatment varies depending on the severity but frequently involves surgical intervention.

Diabetes – Dogs with diabetes are unable to use sugar properly, either because they don’t create insulin, or their body doesn’t respond to it correctly. Symptoms include weight loss, increased thirst, and tiredness. Treatments range from dietary restrictions to insulin injections. Poorly managed diabetes can lead to numerous complications. 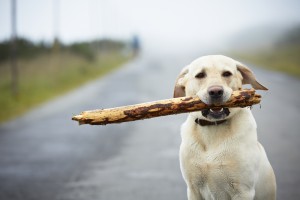 Cancer – Labradors are known to be susceptible to various forms of the disease. Fortunately, it is no longer the death sentence that it once was as treatments continue to advance. The downside to these new treatments is that they are often very expensive.

Progressive Retinal Atrophy – This term covers a number of types of degeneration of the retina. The degeneration causes vision loss and in many cases blindness. Unfortunately, there is no treatment but many blind dogs lead full and active lives.

Cataracts – Cloudy spots on the eye lens can cause vision problems. They often don’t require treatment but can be removed surgically if the condition causes severe vision impairment.

Epilepsy – Epilepsy can range from mild to severe and treatment depends on the frequency and severity of the seizures. It is frequently treated with medication, and the prognosis is good as long as the condition is monitored throughout the dog’s life.

With their love of eating EVERYTHING and their genetic predisposition to a number of medical conditions, insuring your Labrador can provide the peace of mind of knowing that veterinary bills reaching into the thousands of dollars would be covered. It’s the umbrella needed to help you provide the best possible treatment for your pet should they get sick. The great news is that Pet Insurance has evolved and now allows pet owners to customize coverage to create a plan that meets their monthly budget. We’ve gathered a selection of quotes to give you an idea of how much health insurance for Labradors can cost.

Quotes are based on a 2 year old neutered male living in California.

For unbiased advice and to request quotes for your Labrador visit Pet-Insurance.org.