Does Your Pet Reflect Your Personality? 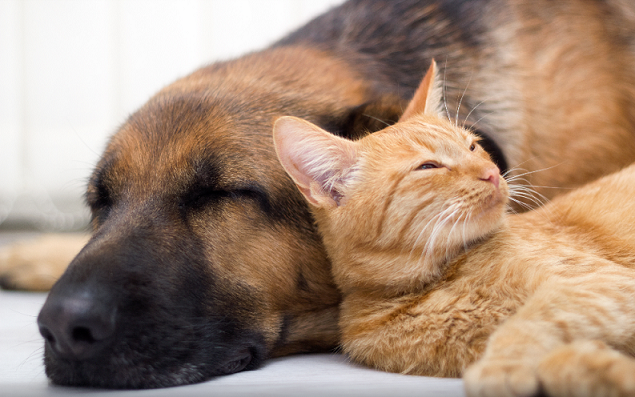 Apparently, people find it easier to hate cats than dogs. But don’t take my word for it. According to a Petside Poll of those questioned, 15% disliked cats a lot while only 2% felt the same way about dogs.

So what is it about cats which mean people are seven times more likely to dislike them than a dog? Does it boil down to their purr-sonality and independence?

A Pet that Compliments your Personality

In that same survey, 74% of people loved dogs while 41% loved cats. (Of course, like me, you may also love both.) Psychologists agree this is because people prefer a pet that reflects their personality.

In a nutshell, dogs respond better to training, which makes them more suited to active people who want to be in control. Whereas cats are calmer and less “in your face” which compliments more thoughtful, creative sorts.

The Devotion of Dogs

Take the utter devotion of dogs. They crave human attention and will go to almost any lengths to get it (which is also why some bad habits such as uncontrolled barking can develop). What’s not to like about a dog gazing at you with utter adoration? That is unless you find such undivided attention wearing, in which case the aloofness of cats then comes into its own.

The Character of Cats

Indeed, it is the character of cats which makes them so beloved by some, and so misunderstood by others. What is to one person “independence” another sees as “aloofness”.

Cats are by nature solitary hunters and are therefore not so dependent on company and social contact as dogs. But while this means they seek company on their own terms, their trust when given, is genuine and touching.

One explanation why dogs are so popular is they are team players. As a pack animal, they love to follow the crowd, and participating in family life and paying attention to their owner.

People are also social animals and love the interaction with other living creatures. Psychologists who study these things, say your typical dog owner likes to be in control, is a great planner, is an extrovert, and self-disciplined. All of which are characteristics that make a dog joining the pack ideal.

In part, this can also explain why “dog-people” view cats with such suspicion. Cats can’t be controlled (hence that wonderful expression of exasperation, “herding cats”) and cats don’t respond to plans (they are guaranteed to be absent when it’s time for that vet appointment), which leaves a dog owner frustrated and perhaps even a little intimidated by our feline friends.

So what is it that appeals to cat owners? Actually, let’s stop right there. Cats don’t have owners; cats have servants! For me, it is the utter selfishness of cats that appeals. How any creature can be so utterly self-centered and yet so cute, is a master class in mind-manipulation. But if this sounds a cynical, it’s not meant to be and is actually admiration.

Apparently, as a cat owner (sorry, cat servant) this makes me creative, spontaneous, emotionally driven, imaginative, non-conformist…oh, and did I mention…intelligent.

Of course, not all pets are cats and dogs. And the wonderful thing about that Petside Poll is they reckoned on a strong link between certain animals and human personality traits. If you’ll forgive the sweeping generalizations those traits are:

If the animal is unconscious, the most important things to check are:

Ring true to you?

I don’t think it’s controversial to say there are arguments for and against ownership of dogs or cats. A cat’s independence may make them antisocial creatures in a dog owner’s eyes, but it also means they’re self-sufficient and not clingy. OK, a dog’s affection to his owner has a definite feel good factor, but that friendship needs maintaining come rain or shine, with walks, exercise and pooper scooping.

And finally, it is perhaps an ironic observation that while the introverted nature of cats means an owner is less likely to meet people in the real world…in the virtual world of Twitter, Facebook, and Instagram, cats rule!
“Dogs look up to us. Cats look down on us. Pigs treat us as equals.” Winston Churchill.

Cats vs. Dogs: What’s your opinion? Please leave a comment!